What are Venous Vascular Malformations?

Venous Vascular Malformations are the most common type of vascular anomaly (vascular malformation) and are composed of abnormal formations of veins. The veins are large, dilated, and lined by the same cells that line other blood vessels, endothelial cells, however are disorganized and can form a tumor-like substance. Most venous vascular malformations arise sporadically, meaning without a genetic history and arise in males and females equally. There are however, some disorders that are associated with venous vascular malformations, including Maffuci Syndrome, Proteus Syndrome, Gorham-Stour Syndrom, Bockenheimer Syndrome, and Blue Rubber Bleb Nevus Syndrome. These disorders are for the most part quite rare.

Even though they may not be noticed until later in life, Venous Vascular Malformations are typically present at birth and grow with the child (proportionally). Unlike some other vascular anomalies (namely hemangiomas), Venous Vascular Malformations do not involute (decrease in size). They can grow quite large and pool with blood. Venous vascular malformations can cause skin discoloration, discomfort and significant cosmetic deformity. When joints are involved they may rupture and bleed into the joint causing severe pain and possibly arthritis. 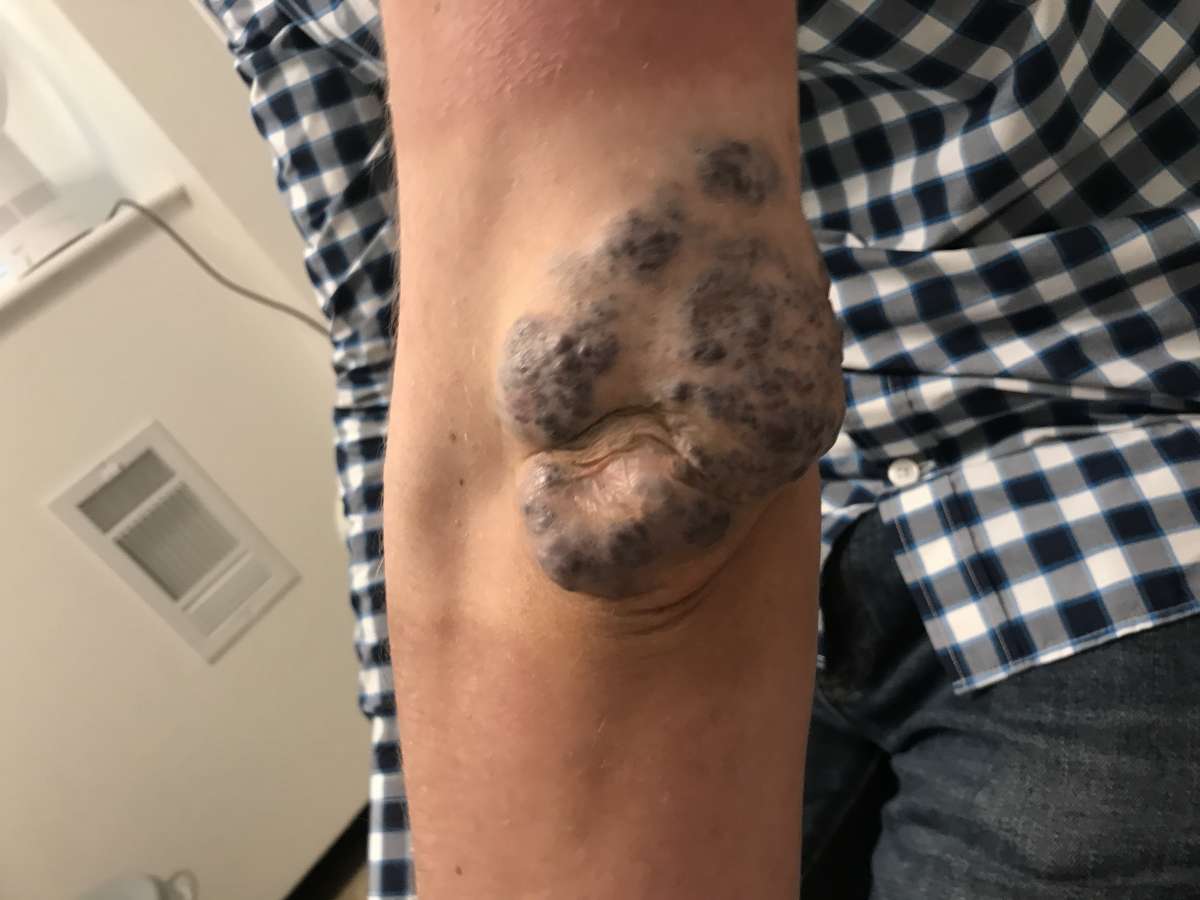 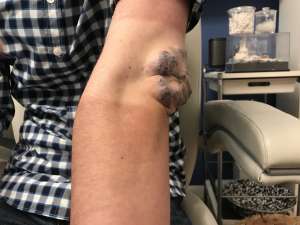 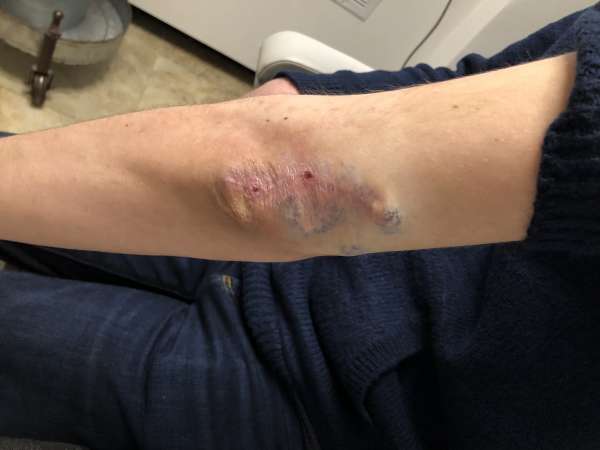 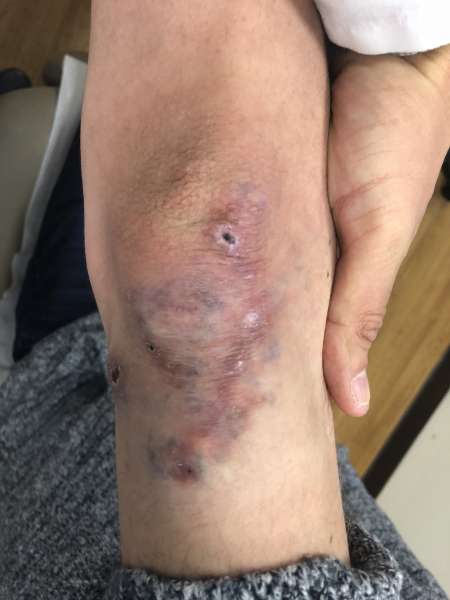 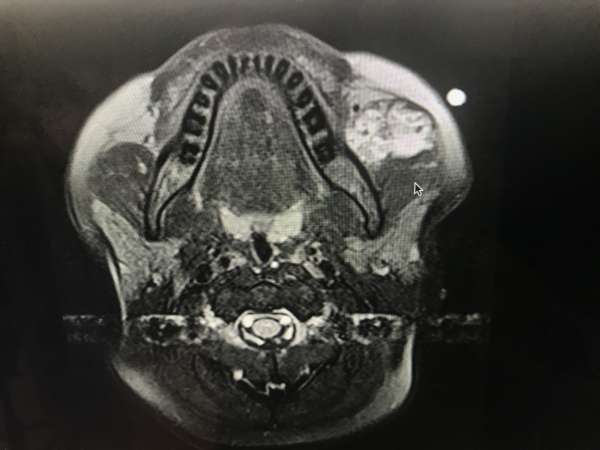 Common locations of Venous Vascular Malformations include the head and neck region, specifically the orbital region, as well as the limbs and trunk.

Venous Vascular Malformations can be treated with sclerotherapy (injection of a substance that causes the venous wall to thicken and form a fibrous scar-like plug). They may also be surgically excised. Surgical excision is typically done in conjunction with sclerotherapy or embolization (inducing a clot in the vein) prior to surgery to minimize blood loss.

Recently, our team began exploring the use of intraoperative sclerotherapy in conjunction with surgery.  Patients with large VVMs are offered sclerotherapy during the operation in a hybrid endovascular/surgery suite to reduce bleeding and also allow for safer removal of VVMs through smaller access incisions. This has significantly reduced our need for blood transfusions and is something particularly unique to our vascular anomalies team here in New York City and Long Island.

Laser therapy with an Nd:YAG type laser may be used  in tandem for treatment Venous Vascular Malformations involving the skin. The Nd:YAG laser targets hemoglobin (a molecule in red blood cells) and leads to the formation of a clot in the vein without deep penetration of the skin.

Many venous malformations may remain asymptomatic and if they are not causing cosmetic issues, there may be no need for treatment. If they are symptomatic however, causing pain, discomfort, swelling, difficulty breathing or seeing, or potentially impairing function of a muscle they have invaded, then treatment is suggested.

After diagnosis, the decision to operate is often determined by the location of the VVM and the impairment caused by allowing it to remain.  Extensive VVMs likey requiring several treatments may begin at a young age 6-12 months, typically with initial rounds of sclerotherapy to help decrease the size of the VVM. Excision is performed when it can be removed, at least partially, in a safe manner, which may be dictated by the circulating blood volume in the patient.

1) Is there a danger to waiting?
When present around in or around areas that can cause significant functional impairment or restriction, earlier surgical intervention must be strongly considered.   As mentioned previously, eyelid and airway VVMs can produce significant impairment  in vision and in breathing.  These two locations are of paramount importance in both monitoring treatment and may often require early surgical intervention.  Hemoarthrosis, or bleeding into the joint space can also cause significant impairment and pain and surgery should be performed before significant damage can occur.

2) Pain/Discomfort?
Is your child experiencing significant pain or discomfort from the venous vascular malformation?  Typically VVMs do not cause significant pain unless they ulcerate (form open wounds).  Bleeding can also be a significant problem if the VVM is injured unintentionally and require a trip to the emergency room.

3) What is the Risk vs the Reward?
VVMs are not cancerous tumors, but can cause significant impairment as stated above.  Surgery will leave scarring (though scars are often strategically placed to better hide them) but can offere significant symptom reduction.  Blood loss and need for blood transfusion is more of a risk then for hemangiomas, and excisions must be performed carefully and often as a team effort between an interventionalist and a surgeon.

4) What are the psychological implications in waiting?
An anatomically sensitive or visible area this can cause significant psychological distress to the young developing  mind.  Body self image develops around the time children start entering school.  Teasing and low self esteem may result and should be factored in to our decision making process on when to surgically intervene.